Elections Around the World

Mao dolls are on sale in Taipei along with Chiang Kai-shek dolls, but the majority of the Taiwan population wants to keep the China of Mao at a distance. Image by Richard Bernstein. Taiwan, 2016.

An election poster in the streets of Tehran. Image by Reese Erlich. Iran, 2016.

You will be able to analyze details from reporting on elections in Iran and Taiwan in order to make comparisons to the election in the U.S. through discussion and expository writing.

In today’s lesson, you will analyze how the election in the United States compares to elections in Taiwan and Iran.  Are there similar issues being debated in those countries? How do the leaders in the election races compare? Follow the steps below to guide your analysis.

1. Review the articles attached and answer their accompanying questions.

2. After reading both articles, fill out a venn diagram like the one below to identify similarities and differences between the elections in Taiwan, Iran and the U.S. Assign each country one of the large circles. Include similarities in the spaces where the circles overlap. Write in things that are specific to that country in larger part of the circle. Use the following questions to guide how your analysis: 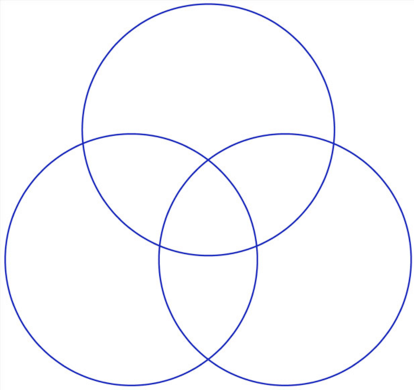 1. Use the Venn diagram to discuss the similarities and differences between these three elections with a partner, or with the class.

2. Consider the following as you discuss:

Option 1: In Reese Erlich’s article, he writes the following:

"There are more poor people than rich people in Iran," said Foad Izadi, an associate professor at the University of Tehran. “And the poor,” he added, “tend to be more religious.”

Option 2: Use the quotations below to start an analysis of how Taiwanese presidential frontrunner Tsai Ing-wen is represented in the article by Richard Bernstein.

“A foreign-educated, policy-wonkish former senior bureaucrat, Tsai is the candidate who embodies the notion of a separate Taiwan, and she remains so far ahead in the polls that her victory is almost a foregone conclusion.”

“Tsai, the cosmopolitan, lawyerly, careful technocrat, does not talk as explicitly as that.”

Option 3: How do the journalists report differently about different candidates? Why do you think they use the language they use? How do these personality descriptions compare to those of the U.S. candidates?

Interested in learning more about upcoming elections around the world? Click here to check out a calendar from The National Democratic Institute that lists elections happening throughout the world in 2016. There are a lot more than you might think!

In the following lesson plan, students will use online journalism to explore elections in Iran and Taiwan. The reporting will be used to start an analysis of how the elections in other countries compare to those in the United States. Students will begin by reflecting on the 2016 U.S. presidential election, and then will explore Pulitzer Center reporting covering major elections in Iran and Taiwan. Students will then fill out a Venn diagram to help with guiding a discussion about the similarities and differences in the three elections. The extension activities ask students to use expository writing to analyze how elections are being reported around the world. The ideal time needed for this lesson is 75-90 minutes.

The lesson is aligned with the following Common Core Standards:

Cite strong and thorough textual evidence to support analysis of what the text says explicitly as well as inferences drawn from the text.

Initiate and participate effectively in a range of collaborative discussions (one-on-one, in groups, and teacher-led) with diverse partners on grades 9–10 topics, texts, and issues, building on others’ ideas and expressing their own clearly and persuasively.

If you think your students would benefit from a deeper analysis of the 2016 election, try this lesson plan from PBS Newshour Extra.

1. The lesson plan is written for students to be able to explore the resources and reflection exercises independently.

2. Students may need to have an extra sheet of paper, or a blank online document open, to answer the warm up, comprehension and extension questions.

3. The lesson lists several extension exercises. Students could choose one or work through all of the listed exercises.

4. The warm-up and post-reading reflections in this lesson could also lead to rich conversations. You may want to work through the lesson along with the students and denote moments for interactive activities.

5. This lesson can be sent to students electronically by clicking "share" once it is published. From the electronic lessons, students can access the Pulitzer Center reporting by clicking on the links under "Resources". When printing the lesson, the text from the resources will print after the student instructions.

Reporting Used in This Lesson

Questions for "Can This Woman Move Taiwan Away from China?"